Last Chance U, A Netflix Masterclass in Good and Bad Leadership 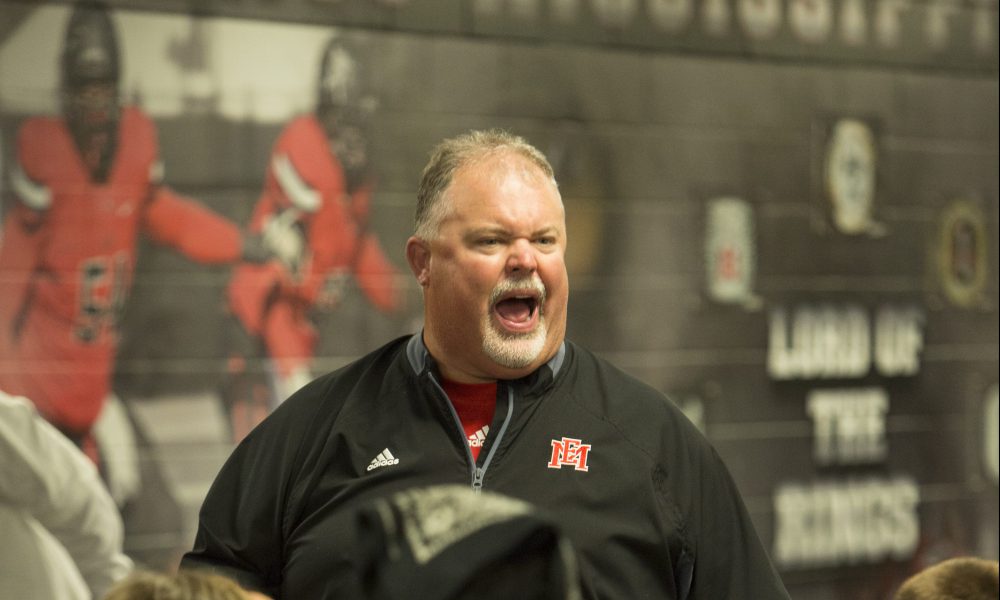 Last Chance U, A Netflix Masterclass in Good and Bad Leadership

Season 2 of Netflix original documentary Last Chance U was recently ‘aired?’ ‘streamed?’ ‘uploaded?’ (however we do it now) and if you haven’t watched it, be sure and put it on your list.

The show is basically a fly on the wall look at the process behind how East Mississippi Community College coaches and supports its American Football team. East Mississippi is a Junior College, but it is one of the best Junior College (football-wise) in America, meaning it produces players that regularly transfer to the promised land of Division One Football, which increases the player’s already exceptionally slim chances of making the ultimate promised land of the NFL. Many of the players are on their last chance as the title reflects for an assortment of reasons ranging from abusing former coaches, alleged armed robbery and most infamously, in the case of DeAndre Johnson, punching a woman at a club which was caught on camera.

But the reason H-Training is writing about it is because the leadership styles on display in the show ask some very pertinent questions. The most bellicose and significant of these is head coach Buddy Stevens, a hardnosed tyrant of obsessive accountability (who must surely be a candidate for a heart attack at some juncture). Stevens opens the show in a reflective and very reticent mood, having watched his behaviour in the first season of the documentary and not liking what he saw. [For the uninitiated, in the first season he punches a referee and verbally assaults nearly everyone he comes in contact with, culminating in him telling his players they are street thugs after they are provoked into an ugly melee that costs them the season.] Now, he does push ups every time he curses this time around and seems to be genuinely trying to change.

However, it is short lived.

The other central character in the show is Brittany Wagner, the academic tutor tasked with motivating uninterested and hulking athletes to do their homework. Wagner is in every sense of the word the real deal as is evidenced by her emotional connection with her students and the success she enjoys in making them not only eligible but loved. Needless to say her role is a difficult one and she expresses her frustration throughout the series but far less explosively than Coach Stevens. And here is the point of this article.

Stevens get results. Wagner does too. However, Wagner also maintains relationships. This is a key point. Leadership is a complex animal. It requires the flexibility to adopt a multitude of approaches. What works for one person may not work for another. Stevens, however, does highlight in the course of the series that these players don’t have a lot of time to get noticed. The longer their season lasts the more opportunity they have to showcase their abilities on ever brighter stages. If they don’t do so, they may not go to college anywhere.

There is, however, an unevenness to his approach. If you watch the way in which he coddles Kam Carter, (a player who understandably drives defensive-line coach Davern Williams almost crazy) compared to how he treats Isiah Wright. Although Wright is no angel, Stevens becomes particularly obsessed with him, even as he tries to play through injury, a factor that Wagner expresses dissatisfaction about. However with Kam, he speaks about how he loves him and doesn’t appear to get too excited (on camera at least) by his behaviour. Toward the end of the series Wagner is seen reuniting with former students from season one and they are very beautiful scenes that fully showcase not only her personality but the student’s affection for her. This is especially the case with Ronald Ollie, perhaps the star of season one, who subsequently offers a ‘f@8k that boy’ response when asked about Stevens. Isiah Wright also speaks quite poignantly about Stevens only being interested in you when you can benefit him and losing that interest when you can’t, such as being injured like Wright. This cannot be said of Wagner.

We won’t spoil the ending, however the question remains: is the cost of Buddy Stevens’s efforts worth it. If he wins, the school’s wealthy backers and the larger community are all going to be happy. And from the outside that will be perceived as a success. And in a sense it is. But Wagner’s scope, you could argue, is deeper and far more benevolent. But she also gets results. It must be mentioned that Stevens does talk about how far he is from being who he wants to be, a shortfall we may see him attempt to rectify again in season 3. But p the denouement comes in the very last episode with Steven’s blunt attempt to humiliate a staff member in front of the whole team. He does this to other members of staff during the season. Curiously enough Stevens and Wagner don’t appear together throughout the series, apart from on the side-lines of the games. Stevens has expressed contrition over his behaviour toward that staff member. since the show ended, however it has not stopped a large bulk of his staff, including Wagner, from leaving the school since the show was filmed.

Steven’s fire is an asset as is any ambition, but the impact of un-harnessed drive is obvious. If we are too focused on our task and fail to properly address and respect the people we need to achieve our goals, we will ultimately lose them. Wagner gets the people to do what she wants them too, her approach however, is far more successful and she is the true leader in Last Chance U.

Blake Mouton and the Complexities of Good Leadership