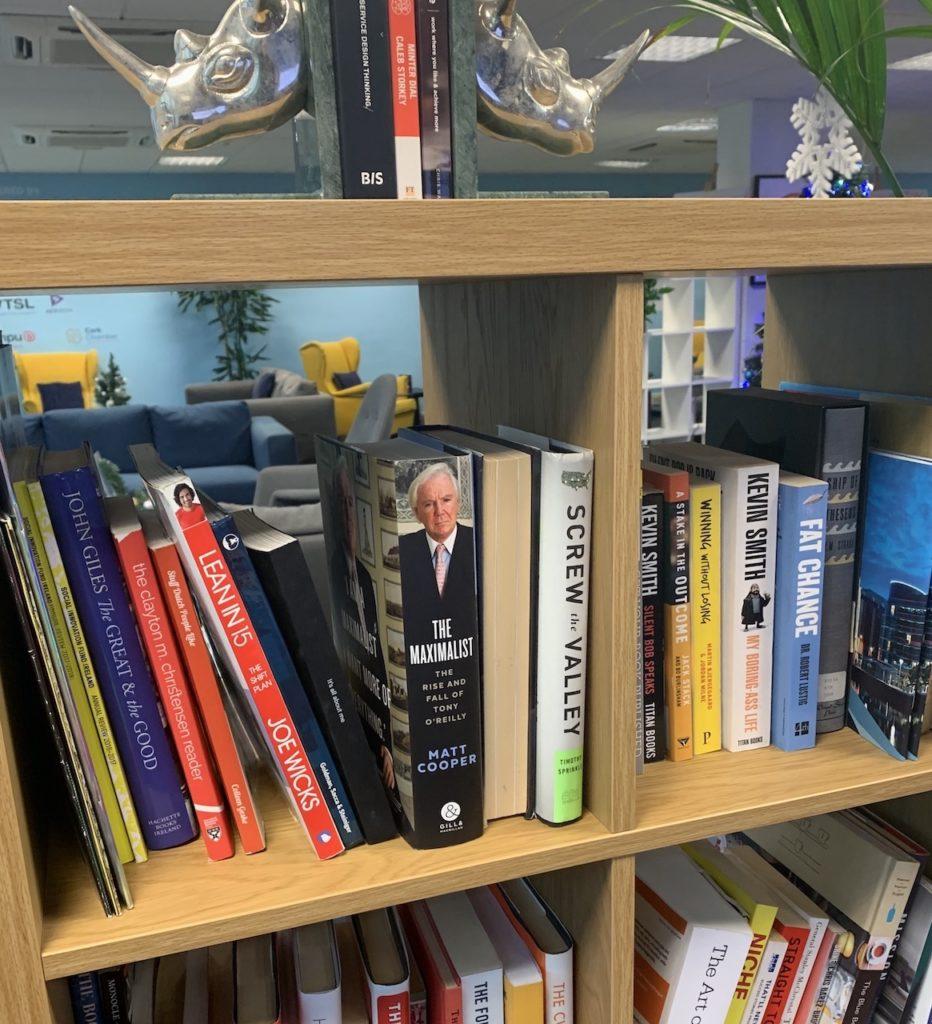 Matt Cooper’s book on Tony O’Reilly works on a variety of levels. Not only does it tell the incredibly story of an exceptionally talented individual, but it is also a deeper psychological investigation into the ‘demons’ that motivated him. In order to scale such Olympian heights (O'Reilly was, at one time, the most wealthy Irishman who had ever lived), those demons had to be fierce, but there is an attendant sadness to his success as much as his fall.​

O’Reilly was, an international rugby star, the CEO and later Chairman of Heinz, a major shareholder of Waterford Wedgwood along with a myriad of other business interests, perhaps most famously Independent News and Media. He was also a main player in the Irish oil exploration madness of the 80s and 90s. An obvious force of nature, Cooper recounts the great man's bouts of abject exhaustion, where he would hang from his chair on his private jet, only to come back to life again at his next stop as the charming host and gifted influencer the world knew and expected.

The genesis of this drive lay in the experiences of his childhood, where his father had previously abandoned another family, in an old Ireland where such things were unspeakable. O'Reilly, a rising Rugby star at Belvedere College first became aware of this when he was brought into one of the Jesuits offices and informed of his 'illegitimacy'. Cooper argues that this contributed to the fire that burned, white hot in O’Reilly right through his life. It echoes in a sense the famous stories of Steve Jobs attempts to alleviate the shame he felt at being adopted via the medium of achievement.

What is also fascinating are the methodologies O’Reilly developed early on to help him focus on his Leaving Certificate, which he had fallen significantly behind with due to his 'lifestyle' and Rugby commitments. Cooper recounts how he excluded all distractions, including newspapers, radio, rugby to apply what turned out to be his laser focus to his studies. This practice stayed with him throughout his life and helped him deliver some spectacular results.

There is also the interesting fact, that in H-Training’s experience the name Tony O’Reilly is very much lost on most people under the age of 35. Type his name into Youtube and he doesn’t even receive top billing (even with my feed fully aware of my Irishness). The book in that sense serves as a history of much of Irelands key events, with everything from Veronica Guerin to the IRA which similarly many younger readers won’t be as familiar with. There is also, some fascinating accounts of the evolution of print media and its centrality to elections and the (erstwhile print edition of the) UK Independent’s role in the Iraq War of 2003.

O'Reilly looms large over all of these stories and his handling of them is an amazing example of how heavy hitters make things happen, despite all of the odds being stacked against them. His will was ferocious, but there was also a very real sense of grace and even class in how he conducted his affairs, despite all of the speculation about his interfering editorial decisions. However, Denis O’Brien lurks also as the story progresses with an inevitable sense of foreshadowing.

Stories of how O’Reilly would be seen around Dublin in the small hours of Saturday morning, when he flew back from the United States at weekends to attend to his Irish business interests, only to be sitting in the Chairman’s office in Heinz in Pittsburg on Monday morning at 7.30am, really do give us an incredible insight into this man. However, one of those business interests became Waterford Crystal. At H-Training, we regularly use this story as a case study pertaining to pitfalls of being overly emotional invested in commercial decisions. As the chinks in O’Reilly’s armour began to reveal themselves, none represents this more than his relationship with Waterford Chrystal.

This relationship could be seen as a big part of his downfall. He refused to think of that product and its market in a different light. In this sense he was deeply attached to the vision of Americans buying Irish crystal that was manufactured in Ireland. With the rise of the dinner party in the nineties and consumers shifting to more light-weight dishwasher friendly kitchenware, the increased expense in manufacturing in Ireland as opposed to Germany, and his additional unwillingness to look to Asia’s emerging markets, contributed greatly to Waterford Wedgwood's demise. In a sense here O’Reilly’s point blank refusal to relent to the advice of others, revealed itself just as much of a liability as a strength. His doggedness began to eat its own tail.

And it was an expensive stubbornness. Cooper reveals that O’Reilly poured over €600 million of his own money into Waterford Wedgwood ( along with €200million of his brother-in-law’s money), for a company that despite his obsessive efforts (including a last ditch attempt at convincing, then Irish Taoiseach Brian Cowen to get on the phone to Bank of America), still went into receivership.

Like many great stories, tragedy resonates. O’Reilly’s loss of his prized Waterford Crystal and soon after his beloved INM make for difficult reading. The hero of the book comes back to earth with cruel brutality. The recession arrives and that is essentially where the story ends. But not before he is forced to sell his prized Castlemartin home (with a stipulation that he be granted access to the graveyard there, where his parents were buried. It may be difficult for some to feel sympathy for a man still married to the filthy rich Greek heiress Chryss Goulandris, however, O’Reilly’s pride, coming from the era that he did and knowing the capacity he had, does make it clear that this was no easy experience for him.

And yet Cooper paints the picture of a man, who was too driven to really enjoy the fruits of his success anyway. Despite all the adulation and the heights he scales, there was always that fundamental sense of dissatisfaction that stalked him. He had little time for himself when all of the work was done. His children speak sadly of how little they knew him and the book closes with stories of the now somewhat secluded O’Reilly sitting around his home in the Bahamas concocting plans for his comeback.

For any business owner or aspiring entrepreneur, this book contains it all, but perhaps most significantly the centrality of meaning to not only life but the purpose behind our extreme sacrifices. Having been inspired by this incredible story and the man behind the myth, it is hard not to feel selfishly grateful, that he made the sacrifice he did, so as we can spend at least a couple more generations discuss him.